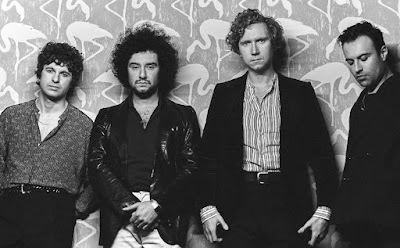 The Kooks are one of England's most successful indie rock bands. They have been playing together since 2004 and rose to prominence with the hit single Naïve (2006) from their debut album Inside In/Inside Out .

Pamela (Nov'18) is the sixth single from their fifth album Let's Go Sunshine (Aug'18) and a favorite with the reviewers.

The Kooks are similar to Kasabian, Kaiser Chiefs, and The Fratellis.


4. What have the press said about Pamela?

“Extremely fun to listen to” – Indie Is Not A Genre. 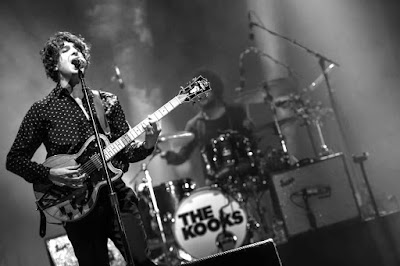 5. Which bands influenced The Kooks?
Bob Dylan, The Everly Brothers, The Rolling Stones, Blur, and The Libertines.

6. Why should I give Pamela a listen?

Pamela is a high tempo throwaway piece of flimsy from a mature and popular rock'n'roll band that have rediscovered the popularity (and style) of their debut album.

7. What are The Kooks best songs?

Naïve, Be Who You Are, Down,  No Pressure, Forgive & Forget.

Posted by soulcityrocker1@gmail.com at 16:03 No comments: 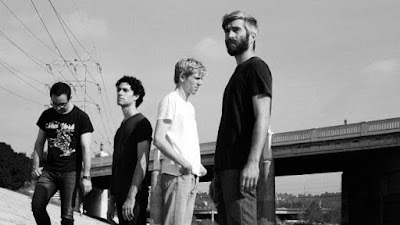 Tokyo Police Club are a popular indie rock band from New Market, Ontario, Canada. They started playing together in 2005.

DLTFWYH (Don’t Let Them Fuck With Your Heart) (July’18) is a single from their fourth album TPC (Oct’18).


3. Who are Tokyo Police Club similar to?


4. What have the press said about DLTFWYH?

“Essentially one long buildup to a boisterous explosion of guitars” – Consequence Of Sound.

“A bit of alternative twang” – All Things Go Music. 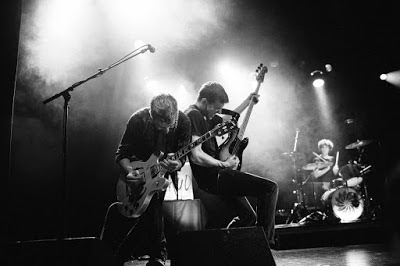 6. Why should I give DLTFWYH a listen?

DLTFWYH has a structure that builds tension and releases it better than expensive Thai pussy. The influence of Led Zeppelin is evident in the song structure and the tune eschews the lighter pop of some of their previous efforts. DLTFWYH sounds like Tokyo Police Club got a new lease of life. It sounds electric. It sounds vital.

TPC was produced by Rob Schnapf (The Vines, FIDLAR, Saves The Day).

Posted by soulcityrocker1@gmail.com at 04:00 No comments:

The Frights - Over It 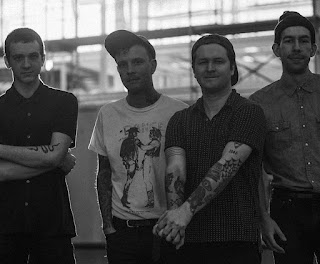 The Frights are a surf-punk/garage-rock band from San Diego, California. Over It (Nov'18) is the third single from their third album Hypochondriac (Aug'18) The Frights sound similar to SWMRS and FIDLAR. They are influenced by Rancid and Offspring. Zac Carper (FIDLAR) produced. Over It is the sound of a band that has hit it's stride.It sits on top of a fat, lazy riff and milks the loud/quiet dynamic until the cow is dry. Close to radio-friendly, while spiky enough not to alienate their punk fans, Over It is the best thing The Frights have done. 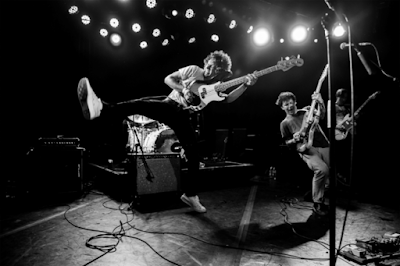 Posted by soulcityrocker1@gmail.com at 19:59 No comments: 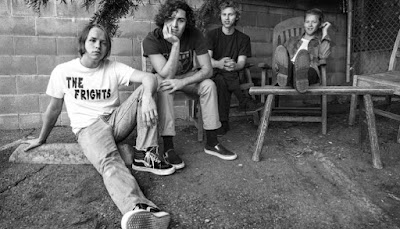 SWMRS are a punk pop band from Oakland, California.

Berkeley’s On Fire (Aug’18) is a standalone single at the moment. SWMRS are three albums deep.

The Frights, FIDLAR, and WAAVES.

“Thundering drums and wailing guitars” – We Are The Guard. 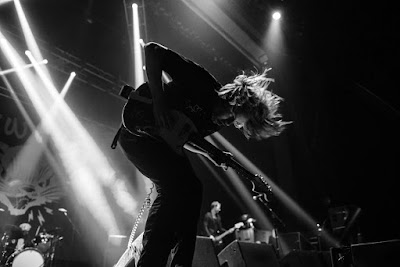 5. Which bands influenced SWMRS?
Some of SWMRS main influences are The Ramones, The Beach Boys, The Clash, Public Enemy, and Weezer.

6. Why should I give Berkeley's On Fire a listen?
The song has a word to say about far-right politics, the propaganda machine and outrage culture. They aren’t in favor of any of them! And vitriol is the best sauce for cooking pop punk songs in. Berkeley's On Fire is angry and catchy (in a Beastie Boys Fight For Your Right To Party kind of way) in equal measure.

7. What are SWMRS best songs?
Figuring It Out and Miley are the best SWMRS bangers.


Posted by soulcityrocker1@gmail.com at 04:43 No comments:

Mother Mother - Get Up 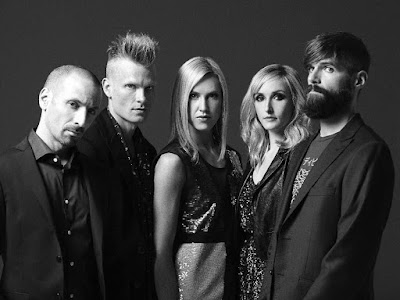 Mother Mother are a popular indie rock band from Vancouver, Canada. Get Up (Sept'18) is the first single from their seventh album Dance Cry (Nov'18). Mother Mother have a radio-friendly indie pop/rock sound similar to Grouplove and WATERS. Mother Mother's influences are The Pixies and Dirty Projectors. Get Up is a fierce, seize-the-day song, that walks a perfect line between their pop sensibilities, indie quirkiness, and rock rage. Another vital installment from a band that brought us classics like Love Stuck and Get Out Of The Way. 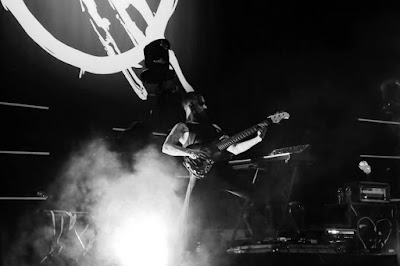 Posted by soulcityrocker1@gmail.com at 15:22 No comments: 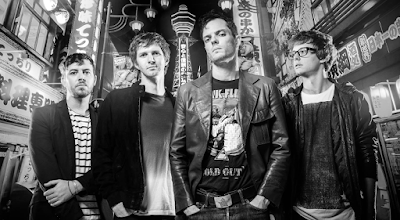 Hey Geronimo are an indie rock band from Brisbane, Australia. Working For Google (Aug'18) is the lead single from their third album CONTENT  (Sept'18).

Working For Google rocks the hardest of the tunes on the generally synth heavy album CONTENT. It has the easy rocking likeability of early Weezer mixed with the humor of dance rock Aussie bands like TISM and Bluejuice. Working For Google is a banger with a sticky chorus that is better than anything else this band have ever produced.


4. What have the press said about Working For Google?


“A memorable few minutes of edgy alternative rock” – Two Story Melody.
“The riff is heavy as a hammer to the head” – Last Day Leaf
“Opts to launch in with a wall of sound” – Savage Thrills. 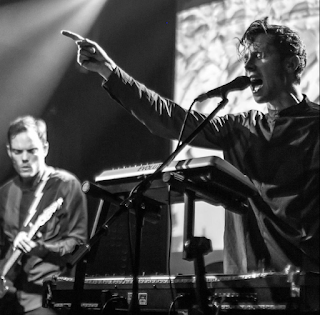 6. Why should I give Working For Google a spin?
Because you like a little nasty with your melodies; a tune with something pointed to say.

7. What are Hey Geronimo's best songs?
Bake A Cake, Dreamboat Jack and I'll Be There are just a few of their tasty tunes.

8. Any more words?
CONTENT is a theme album based on a dark dystopian view of technologies influence on society.

Posted by soulcityrocker1@gmail.com at 20:39 No comments: 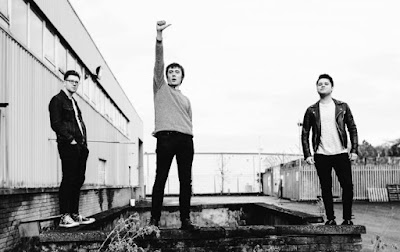 TOUTS are a punk/indie rock band from Derry, Ireland. Can't Blame Me (Oct'18) is the lead single from their third E.P. Analysis Paralysis (Nov'18). TOUTS sound like Stiff Little Fingers and The Clash. TOUTS influences are The Clash and Stiff Little Fingers! Can't Blame Me has more of a sixties sound like The Who though while despairing against the cynical tactics of modern politicians. The best TOUTS song is Political People. 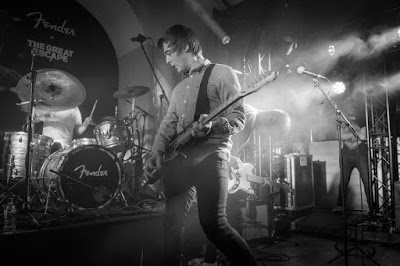 Posted by soulcityrocker1@gmail.com at 22:08 No comments: